On the streets and around the town

A massive step forward in unity

Kununurra Street Chaplains was born last year 2016 when the local Senior Sergeant contacted me to see if the local churches would be interested in Street Chaplains as he had worked with them in Busselton as his previous post and was eager to see them operating in Kununurra. After a visit from Garth Eichhorn, we started recruiting and ended up training 17 members, some of whom are only available as extras.

Our first team hit the streets in early December 2016 and we are currently seeing 3 or 4 chaplains on the street each Friday night starting at 8.30pm with prayer and finishing around 1am after the local hotels close.
Our town is different to the southern towns as we don’t have the big night club scenes but we have lots of children on the street and well as drunk adults. We work in conjunction with Save the Children and the Sober Up Shelter who both run buses throughout the night also.
It has been a massive step forward in unity for the churches involved and a growing point in the Christian walk for those involved. 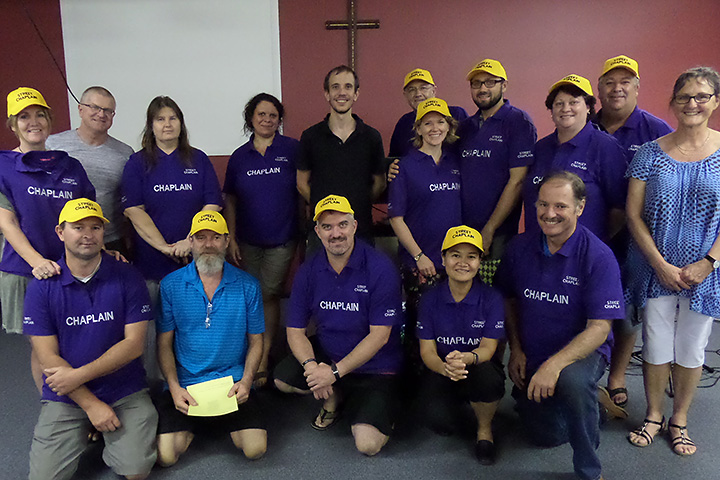 HELP US TO HELP PEOPLE

We have Tax Deductibility! So if you send us a donation we can give you a “Tax Deductible Receipt”.